Students commonly expect that textbooks all say the same thing (in fact, some think they can ask us about “Theorem 6.2” and we’ll know what they’re talking about!). The reality is that they can even give conflicting definitions, depending on the perspective from which they approach a topic. Here, I want to show how and why they differ in talking about intervals on which a function is increasing or decreasing. Let’s see if we can resolve the “fight”.

In this corner … it must be open

This one page in our archive actually contains two of the three answers to the question in our archive, the second being a challenge to the first. Let’s start with the 2009 question from Bizhan, answered by Doctor Minter: 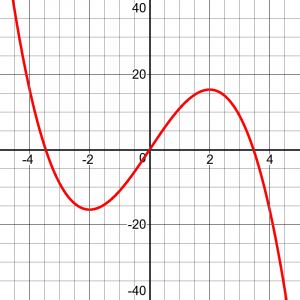 He goes on to explain that in order for the derivative to be positive at a point, the derivative  must exist there, so the function must be defined, and increasing, and differentiable, in some interval around that point. So he concludes,

It is important to note that both the question and the answer come from the perspective of calculus, and depend on defining “increasing” in terms of the derivative.

In that corner … it can be closed

But that is not the only way to define “increasing on an interval”!

Back in 1997, Doctor Jerry had answered a similar question, pertaining to the rules for AP calculus:

Note that here, the question and answer are still in the context of calculus, but Doctor Jerry defines “increasing” without calculus, and then applies a theorem that relates this definition to the derivative: If the derivative is positive on an interval, then the function is increasing on that interval. This theorem doesn’t tell us anything about intervals in which the derivative is sometimes zero, so we have to fall back on the definition, not the theorem. And he concludes that his function is increasing on the half-closed interval \(\left[0,\infty\right)\).

Shake hands and come out fighting

There seems to be a difference of opinion here! We have to bring them together and compare them.

In 2014, Kevin read Doctor Minter’s answer, and questioned it:

This was a very perceptive question. There are really two different concepts here, just as Kevin suggested. The concept of increasing on an interval does not require calculus, and applies to functions that are not differentiable. The concept of increasing at a point requires calculus, and is often what the authors of calculus books are really talking about; Doctor Minter took “increasing on an interval” to mean “increasing at every point in the interval” in this sense. [Doctor Fenton, in an unarchived 2007 answer, mentioned that “increasing at a point” can be defined instead as “f(a) is larger than any f(x) for x to the left of a, and f(a) is less than any f(x) when x is larger than a“. This makes it still independent of the derivative.]

I started by discussing the definition Kevin gave, which was (when clarified) identical with Doctor Jerry’s:

They state the theorem Doctor Jerry used, and give the same example Kevin gave, which shows that the issue applies not only to endpoints, but to any isolated point where the derivative is zero or undefined. For reference, here is the graph of \(y = x^{1/3}\), the cube root: 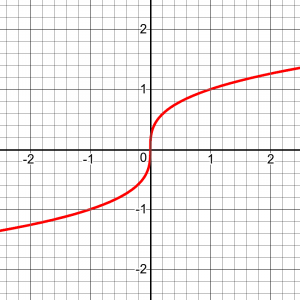 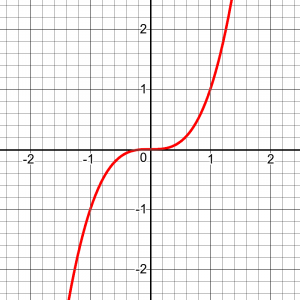 I also commented on Kevin’s final paragraph about consensus:

Then I quoted from a 2013 conversation I’d had in which this topic had arisen, in which I referred to both Doctor Minter’s and Doctor Jerry’s answers. The question there (in the midst of a long discussion with Aakarsh) made the conflict even stronger:

Whoa! Can the function be both increasing and decreasing at the same point? If not, how would you decide which? (Notice that Aakarsh was taught to use closed intervals, and accepted that.) I first clarified the question: 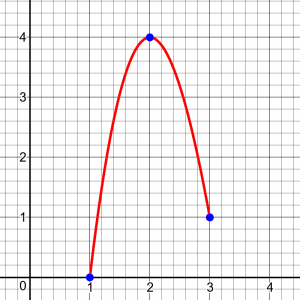 As I continued writing to Kevin,

As I see it, when a textbook (particularly at the precalculus level) asks for “the interval on which f is increasing”, it is not asking for any such interval, but for the largest. Ideally it would say that; but often they will rely on our instinct to give the “best” answer possible – just as when we are asked what shape a square is, we don’t say “a rectangle”, but give the most precise answer that fits. If they have defined “increasing” as I have, then the closed interval is the correct answer. But there is room for disagreement, especially among students who are thinking more informally.

Some texts, to avoid confusion about endpoints, will specify that they are asking for the largest open interval on which the function is increasing. I think this is the best solution at that level. At a higher level, where precision of definitions is important, just state your definition and act on it.

It happens that, two months before Kevin wrote, someone else had written about the same issue, suggesting that we should add to Doctor Minter’s answer some information about the reasons for different answers. Kevin’s question gave the occasion to do just that. In corresponding with Ken about his suggestion, I said the following:

On Doctor Minter’s answer in particular, I said this:

3 thoughts on “Open or Closed Intervals? It Depends”