In response to a recent request for information about implicit differentiation (hi, Brian!), let’s take a look at that topic. It happens to be distantly related to Friday’s topic, which was about implicitly defined curves. We’ll start with a thorough explanation, and then look at several specific examples, capping it off with a weird one.

Such a function definition explicitly tells you how to find y from a given value of x; you don’t have to figure it out by solving an equation.

Some we can write explicitly 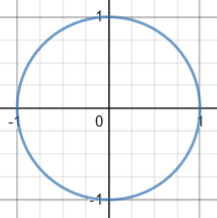 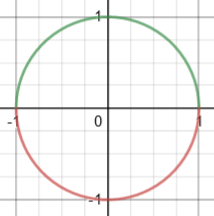 (Graphs here are made with Desmos, which does nicely with most implicit equations.) 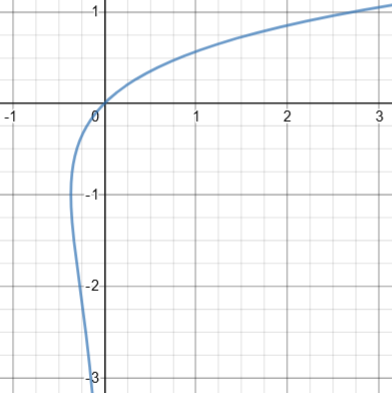 This, too, could be split into two functions, though we can’t write explicit equations for them: 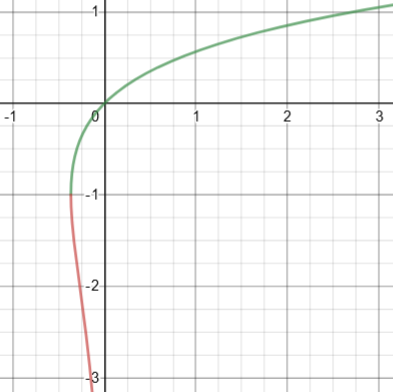 (This equation, on the other hand, does define x explicitly as a function of y; and we can differentiate that function explicitly. We’ll see equations below that lack this feature.)

Here we got 0 on one side just to match the general form \(F(x,y)=0\); that is not essential, and we won’t always do that here.

And we can do this because if two functions are equal (the left side and the right), their derivatives are also equal.

The presence of y is not a problem; in fact it is necessary in cases where y is not a function of x, so that there could be different values of y for the same x! The slope can’t depend only on x.

Here we can see the two slopes at two points with the same x: 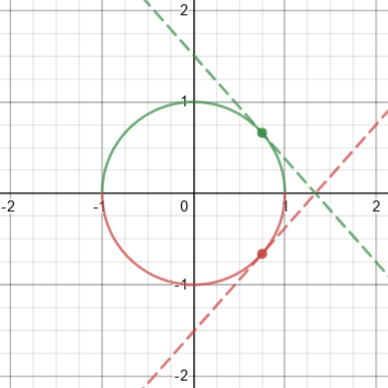 What about the other one?

Although we can’t solve for y, we can approximate the values. Here we see two points with the same x, and their tangents: 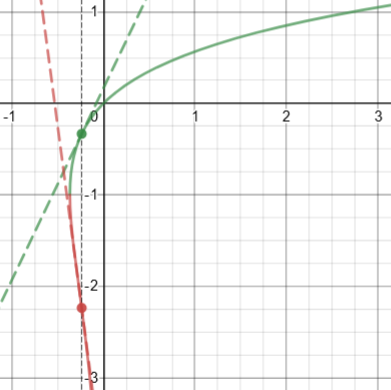 We need more examples. We can start with one from 1996:

Again, though it can’t necessarily be solved for y, we assume that with some restrictions as we saw above, it can be turned into a function near a given point. (If it can’t, something will go wrong in the work.)

Since the problem presented involved radicals, he demonstrated an example with a radical: 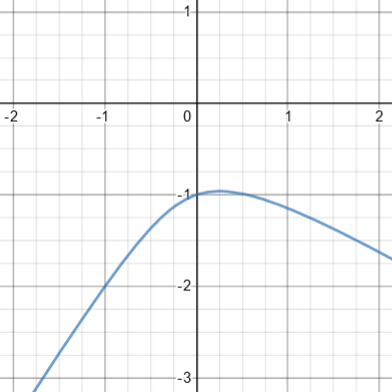 This time, y can be considered a function of x, though we can’t solve for it. Or is that true? If you examine the equation carefully, you see that (0, 0) also satisfies it; this would be an isolated point on the graph, which Desmos missed. Indeed, if you set \(x=0\) and solve to find the y-intercept(s), you find that \(y=0\text{ or }-1\); y is not a function of x! Here is the actual graph: 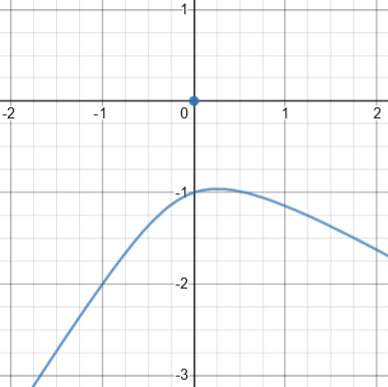 And here is a graph: 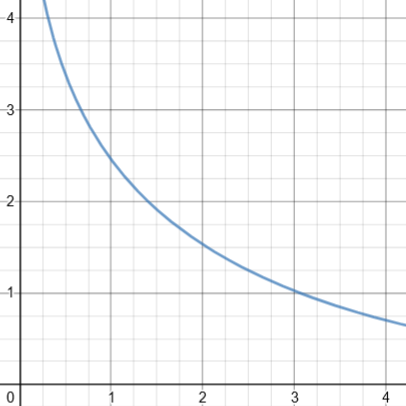 Doctor Joe answered indirectly, as we prefer to do, solving a different problem:

That example of using the chain rule is meant to prepare Stephen for that part of his problem, which is harder than the example we’ll be doing. 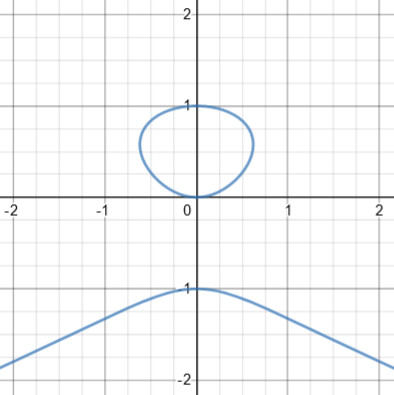 (This is an algebraic curve like those we looked at Friday.)

I won’t pursue the original problem, which was \(y^2 \cos\left(\frac{1}{y}\right) = 2x + 2y\), because it turns out that the graph is ugly and the derivative is not illuminating!

Here is another question from 1998:

If you think about it, this is the fundamental idea behind all of algebra: when you don’t know what something actually is, just write a symbol for it and keep going as if you did. (Of course, you don’t just pretend all the way, but at some point determine under what conditions it really does exist.)

After showing the example of the circle what we have already seen, he takes on the given problem:

Again, let’s carry out what Roger presumably did a couple decades ago: 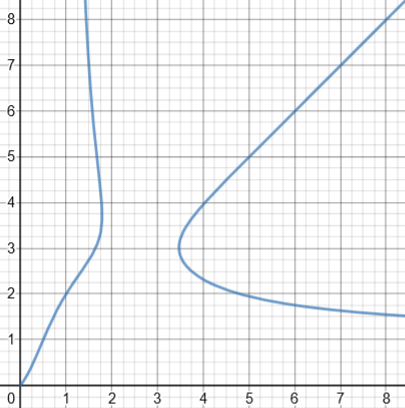 We’ll close with a problem showing one of the odd things that can happen. This is from 2001:

Recall that the formula we get for a derivative is only valid for \((x,y)\) that lie on the curve. So if we get two different formulas by different methods, they only need to agree for those pairs; they may be entirely different elsewhere. And having solved for y, we find that the derivative is really $$y’=\frac{1+y}{1-x}=\frac{1+-1}{1-x}=0$$ for all x.

We’ve seen a couple times when Desmos, which generally does a great job, missed something. Look at what it does for \(1 – xy = x – y\): 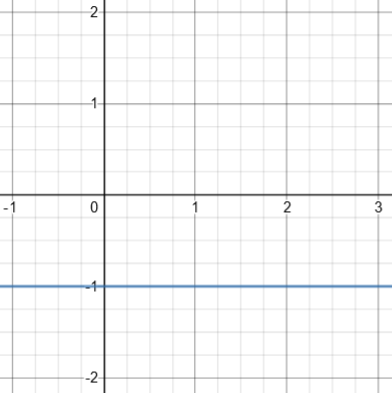 It made the same omission Gary did! As we’ve seen, the graph really looks like this: 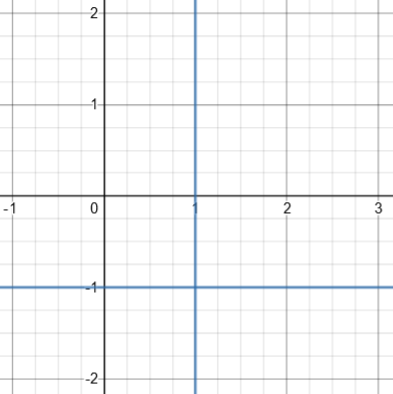 So, what’s the bottom line? Implicit differentiation is not hard; but, as always, avoiding subtle errors requires careful attention. Don’t get complacent!

1 thought on “Implicit Differentiation: Explanation, Examples, and a Surprise”