Here, ABC is an ordinary triangle, and DEF is a degenerate triangle: 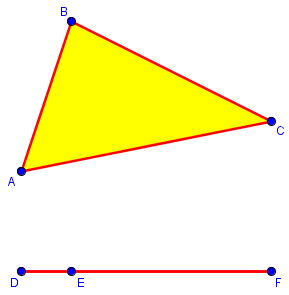 The comments here on theorems nicely illustrate the idea that in some senses a degenerate entity is what it claims to be, but in other senses it is not, having lost some features.

You may be surprised that the sum of the angles is 180°. But angles D and F are both 0°, and angle E is 180°! We’ll look at degenerate angles at the end (if it fits); here a good argument could be made that angle DEF can’t be called an “interior angle” when there is no interior!

Here are two “rectangles” with “perimeter” 36 units, the second having a height of zero: 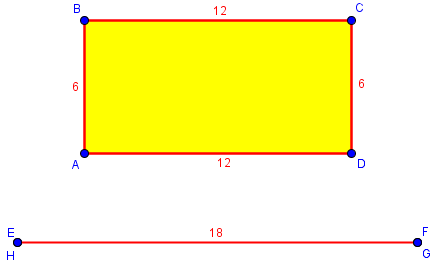 As a degenerate rectangle, the line segment is, and yet isn’t a rectangle! It certainly doesn’t have four vertices or four sides; but as you shrink the height to zero, the width increases to 18 and its perimeter remains at 36.

At the moment the height reaches zero, it ceases to be a rectangle.

A slightly different issue arose in 2013:

Here are an octagon (not quite regular), and a rectangle with extra vertices: 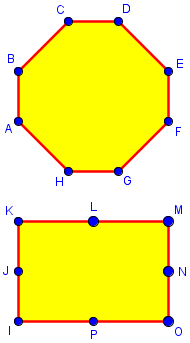 Can we call the latter an octagon? 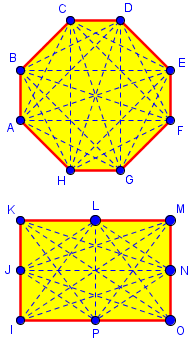 The degenerate octagon has only 16 diagonals, because 4 of what would be diagonals are along the edges.

On the other hand, in topology, straightness and angles don’t matter; here is a sample octagon in that field: 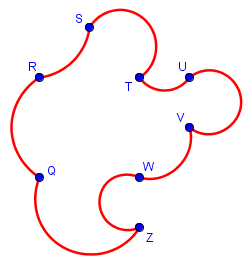 It’s hard to write a brief, readable definition that covers every detail. Here non-collinearity is presented as an optional, but common, requirement.

This time the definition provided is longer, and includes our detail of non-collinearity, but it still doesn’t cover all the issues one might raise.

For a quite different issue (not exactly degenerate, but similarly taking things to an extreme), consider this question from 1999:

These were probably found in the FAQ on names of polygons, which gives this list:

This is where we’ll get to talk about those “special circumstances”!

So these names are listed only for completeness. Except …

Here are the images he referred to, which are intended to show a spherical cap (not actually a hemisphere, which is bounded by a great circle) and a lune, respectively, for area formulas: 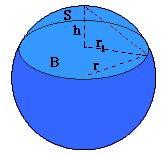 A very similar question came from a teacher in 2006:

I answered, starting with a reference to the previous answer:

In geometry on a sphere, the analog to the straight line is the great circle, which like a line is the shortest distance between two points. This is a circle cut by a plane through the center of the sphere. 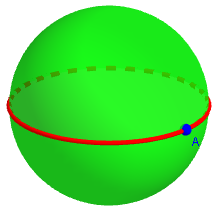 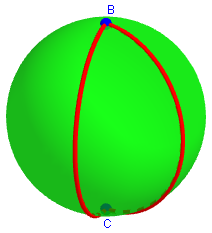 We saw this idea above. Here are the topological monogon and digon:

A lot of math is all about “what if”! Sometimes the results turn out to have practical uses we hadn’t anticipated; other times they are just interesting.

We always feel good hearing that.

The 0 and 180 degree angles are both degenerate (one ray, or one line).

These are all shown in “standard position”; in general, the same pair of rays can correspond to two different angles:

This is how we think of angles in “analytical” trigonometry, when we get beyond triangles.

But the answer to the main question was, Yes, a zero degree angle does exist, no matter how you think of it!